The Warrensburg Star-Journal began as The Journal on April 17, 1865, as a weekly newspaper.  A competitor, The Democrat, emerged in 1871. On Oct. 6, 1876, a merger established The Journal-Democrat.

The Star-Journal is Johnson County’s primary source for daily local news coverage. We reach more than 4,000 readers in Johnson County every Tuesday and Friday with our print newspaper. Thousands of unique viewers visit our website every month for the latest breaking news stories.

The Star-Journal newsroom took home 11 awards in the Missouri Press Association Better Newspaper Contest for work published in 2021. The Star-Journal competed against other weekly newspapers of similar circulation size.

We also print the Star-Advertiser, which is distributed every Wednesday with more than 23,000 copies distributed by home delivery and racks in Pettis, Johnson, Benton, Morgan and Henry counties.

The Sedalia Democrat in Sedalia, Missouri, owns the Warrensburg Star-Journal. It is a daily newspaper that reaches more than 15,000 readers in Pettis County and five neighboring counties every Tuesday through Saturday with its print newspaper. Some 64,000 unique viewers visit the Sedalia website every month. 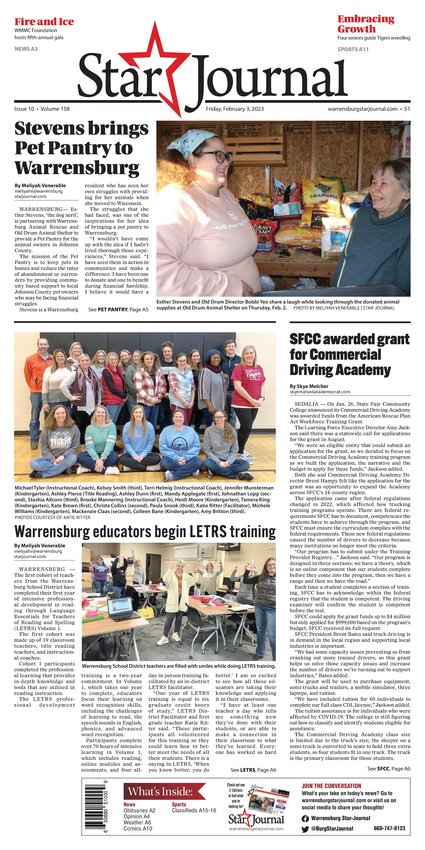